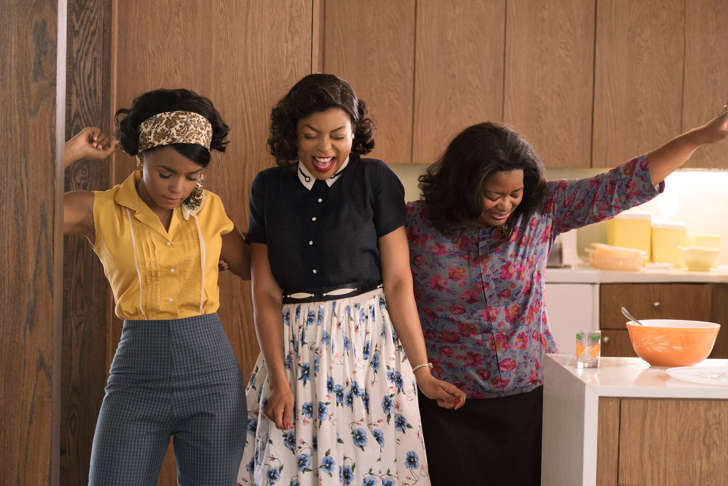 Year after year, people scoff at the Golden Globes and year after year, many of those same people stamp their feet at not getting any love from the much-feted members of the Hollywood Foreign Press Association. With this morning’s nominations announcement from Laura Dern, Don Cheadle and Anna Kendrick kicking the awards race into high gear, things either got fast and furious for some hopefuls like the Damien Chazelle directed La La Land or FX’s The People Vs. O.J. Simpson or suddenly seemed a ride to nowhere for others.

For all those who were nominated, the 74th Golden Globes will be broadcast live on NBC on January 8. Here are some of the biggest titles and names that were passed over as contenders this morning and won’t hear their names read out next month:

Taraji P. Henson – The Empire star is the heart and soul of Hidden Figures and while her co-star Octavia Spencer got a Supporting Actress nom, the cookie did not crumble for last year’s Best Actress – TV Series Drama winner. 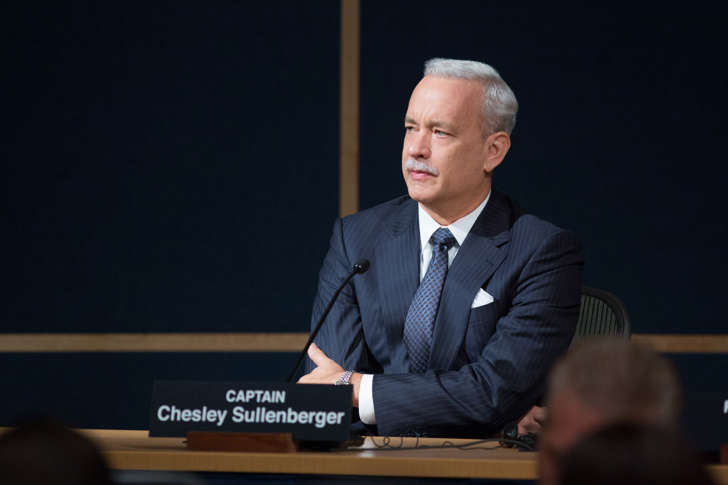 Tom Hanks – The Sully star could not land the plane with the HFPA – which is incredible as the real life events of the Clint Eastwood directed pic.

Matthew McConaughey – The Gold star and past GG and Oscar winner didn’t glitter enough for the Golden Globes though the Iggy Pop co-written tune from the Stephen Gaghan directed flick did.

Martin Scorsese –Silence is the acclaimed director’s passion project but the historical spiritual drama couldn’t raise a mummer for the Oscar winner or itself or stars Adam Driver and Andrew Garfield –  the latter was given a nom however for his Hacksaw Ridge work.

Sausage Party – With a title that immediately raises more than eyebrows, the Seth Rogen co-written and co-starring flick was the first CGI-animated pic to be rated R by the MPAA and obviously not a delicacy to the HFPA. 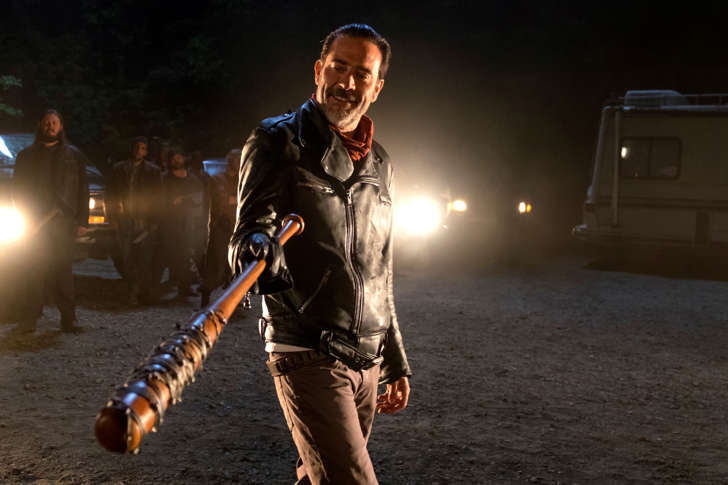 © The Associated Press In this image released by AMC, Jeffrey Dean Morgan as Negan appears in a scene from ‘The Walking Dead.’ ‘The Walking Dead’ returned with a bloody bang for its seventh season as the victim of bat-wielding bad guy Negan… Jeffrey Dean Morgan –The Walking Dead never gets any real recognition from the HFPA but The Good Wife and Grey’s Anatomy alum’s turn as villain Negan on the AMC blockbuster garnered a Critics Choice Award last night & deserved at least a shout-out this morning.

Emily Blunt – The star of The Girl On The Train did not get a ticket to her sixth nomination today. The noms are a train that should not have left the station without Blunt onboard.

Unbreakable Kimmy Schmidt – After a strong Season 2, the Ellie Kemper led Netflix comedy was un-nominated today – in all categories.

Michael Keaton –The Founder star was not on the morning menu

Brian Tyree Henry –Atlanta was hot today in the HFPA’s eyes but the pivotal Paper Boi actor was left out in the cold – and that’s not peachy.

House of Cards – Looks like Kevin Space and Robin Wright and the Netflix political drama were not holding the right deck this year.

Helen Mirren – Not even a look for the Eye In The Sky star?

Better Things – the Pamela Adlon and Louise C.K. FX comedy starring the Californication alum is poignant, often hilarious, and sometimes so true if feels more like a documentary on modern L.A. life and family – but it was not a good day for Better Things today with neither the show nor its lead getting a GG nomination.

Milo Ventimiglia –This Is Us is the only Big 4 breakout show this season but not Supporting Actor hug for its TV Dad.

Empire – The Lyons of the Fox blockbuster did not roar this morning – shut out!

Kevin Costner – The three-time past Golden Globe winner blasts off with some of his best work as the barrier discarding space race boss in Hidden Figures – sadly it remains hidden glory today.

Black Mirror – Once prophetic, the Charlie Brooker anthology satire became virtually breaking news of our troubled relationship with technology with its third season on Netflix. Guess the 90+ members of the HFPA weren’t plugged in.

Silicon Valley – Hold on, the HBO tech comedy was nominated the past two years but today the power was turned off?

The King’s Choice – Norway’s Oscar entry of the real-life monarch who stood up to the Nazis invasion of his country is a story now largely forgotten outside of the Scandinavian nation. The Hollywood Foreign Press Association forgot it today.

Luke Cage – Marvel’s latest Netflix series about the bulletproof Harlem based hero had strong performances from lead Mike Colter as well as Mahershala Ali (who was recognized for his Moonlight role) and Rosario Dawson plus a killer soundtrack by Adrian Younge and Ali Shaheed Muhammad – and nothing.

Share This Post
Have your say!
00
Previous ArticleWhy Did No One Tell Drivers with No Tickets in 3 Years About This? by Provide Savings™Next ArticleMakeup The 15 Sexiest Celebrity Makeup Looks of the Moment
You May Also Like
Remembering 2016 World News: El Chapo
December 27, 2016
Electors press for intelligence briefing on Russian interference before Electoral College vote
December 12, 2016
A Top Defender, Sidelined by the Accused in Charleston Church Massacre
December 13, 2016
What Will Happen First, An Economic Collapse or World War 3?
December 23, 2016
Remembering 2016 Business: Wells Fargo
December 27, 2016
Should You Buy Refurbished Electronics?
December 13, 2016